Public transport needs of north Waikato communities under the spotlight 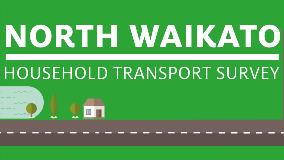 A three-week survey has kicked off in the north Waikato this week to help councils plan for the future public transport needs of these communities.

The survey is being undertaken by Waikato Regional Council, in conjunction with Waikato District Council, as part of a review of transport in the fast-developing area.

“In recent years there has been strong community interest in better public transport in the north Waikato, but we’ve not carried out any formal, targeted consultation of residents,” said Waikato Regional Council’s public transport operations manager, Andrew Wilson.

“This household survey is the first step in this joint project to find out from residents what their public transport needs are.

“This will allow both councils to work together on a plan to ensure the current and future needs of the local community are met,” Mr Wilson said.

Tim Harty from Waikato District Council said there had been significant growth in Tuakau and Pokeno in recent years. “Tuakau has grown by 16 per cent and Pokeno by 26 per cent in just three years.

“This growth is leading to increased demand for transport infrastructure and services, particularly for access to employment and community services within the north Waikato area and in southern areas of Auckland, such as Pukekohe, Papakura and Manukau,” Mr Harty said.

The review will also consider the public transport needs of the Te Kauwhata, Mercer, Meremere, Rangiriri and Port Waikato communities.

The Waikato Regional Public Transport Plan adopted last year identified a need to investigate public transport provision in the northern part of the region. This survey gives effect to that plan.

The survey will be available to all residents in the north Waikato area until Sunday, 10 July. Visit www.waikatodistrict.govt.nz/sayit to complete the online survey or call Waikato District Council on 0800 492 452 to have a copy mailed to you.