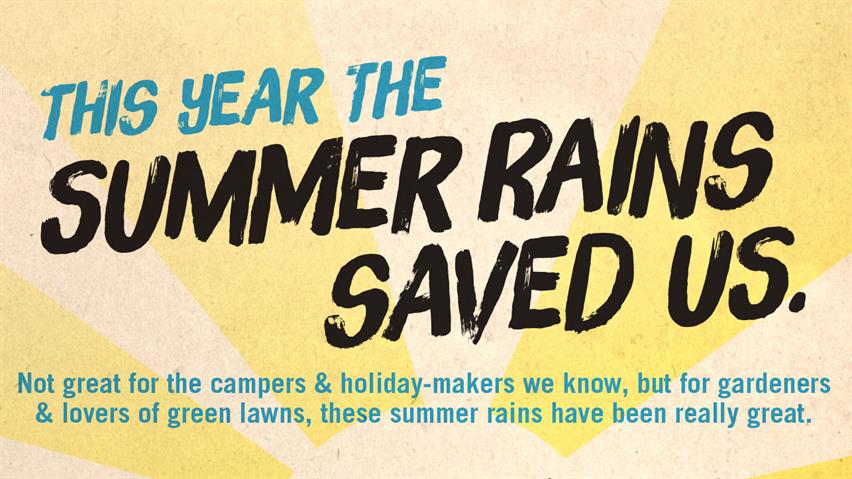 Water restrictions have been lifted across Hamilton City, Waikato District and Waipa District.

An unusually wet summer, cooler temperatures combined with residents managing their water usage has meant treatment plants were able to keep up with demand.

“Outdoor water use had some sharp increases but timely rain meant we didn’t need to go above water alert level one, which is the first year staying at this level since summer 2011/12.

It’s good to see the water-saving message is being taken on board, and we thank our communities for their effort over the summer,” she said.

“We had significantly higher rainfall this summer, with 593mm falling from December to mid-March, compared to 314mm for the same period last year. The high rain fall meant this was the first year that Waipa stayed at Alert Level One and the earliest restrictions have been completely lifted in the last six years.”

At its highest, Cambridge water use reached Alert Level 3 triggers, he said.

“Cambridge demand was strongly influenced by the weather, as soon as the sun came out their water use significantly increased. On a rainy day water use in Cambridge sat around 10 million litres, compared to a sunny day when it rose to 15 million litres.”

At its peak, Waipa residents were using 204 million litres of water a week.

Waikato District Council General Manager Service Delivery Tim Harty says water is a precious resource and Council would like to thank all those people in the district who played their part in conserving water this summer.

“And while the weather hasn’t been perfect for holiday-makers, it’s certainly been a contributor to the fact that we did not go above Water Alert Level 1 for the first time in many years.

“But we are still urging residents in the Pokeno and Tuakau areas who are supplied by Watercare to continue their efforts to reduce water consumption as Watercare’s Ardmore Treatment Plant recovers from the effects of the recent Tasman Tempest storm.”

Smart Water has an e-newsletter to let you know when your alert level changes, it also has a week-by-week water use graph and other water saving tips. Sign up to receive it at smartwater.org.nz/subscribe

The Smart Water Starts with You! sub-regional summer campaign aims to make long-term change to how we use water and is a joint venture between Hamilton City Council, Waikato District Council and Waipa District Council.