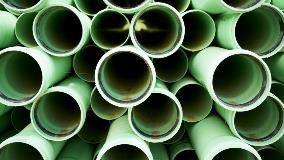 The period for submissions closed on Monday (15 May) and hearings will be held on 31 May.  The Council will then deliberate on the results of the consultation and are expected to make a final decision on 28 June.

Option 1 is aimed at mitigating key overflow risks and separating wastewater operations in line with Ministry of Health best practice guidelines. Under this option, targeted wastewater rates would rise by between $47 and $199 depending on where the ratepayer lives.

Option 2 includes the preparation of long term plans to protect waterways and environmentally sensitive areas.  Under this option, targeted wastewater rates would rise by between $78 and $230 depending on where the ratepayer lives.

The proposed rate changes are complicated by the fact that the Council is still in the process of moving from five different wastewater rates throughout the district to a single district-wide rate that will be introduced in the coming year.

Not all Waikato district ratepayers are affected by the decision as 22,000 ratepayers are on septic tanks and are not connected to a wastewater system.

General rates are set to rise by less than 3% and other targeted rates will follow the rate of inflation.

For town-based residential ratepayers who are connected to a wastewater system the impact of the rate rise will vary considerably depending on property value, location, the wastewater works option chosen and other services offered. Ratepayers can check the impact on their individual rates with an online rates calculator on the Council’s website at www.waikatodistrict.govt.nz/rid.

The decision to consult ratepayers about an expanded programme of wastewater works follows criticism of the Council last year after spills closed Raglan Harbour three times in a matter of four months.