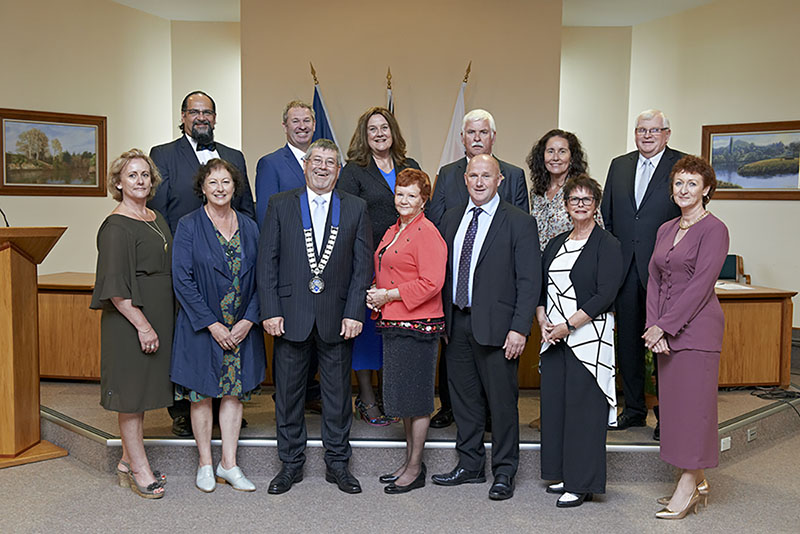 Following elections earlier this month, the new Waikato District Council was sworn in at a ceremony in Ngaruawahia today.Chief Executive Gavin Ion presided at a ceremony attended by family members to swear in re-elected mayor, Allan Sanson, and the councillors who will represent the district across 10 wards for the next three years. Eleven councillors were re-elected and are joined on council by two new comers for the Hukanui-Waerenga and Onewhero-Te Akau wards.

Aksel Bech was appointed Deputy Mayor for the triennium.

The next Council meeting is at 1pm on Tuesday 12 November at Ngaruawahia.