Supercars poised to roar into the Waikato this April 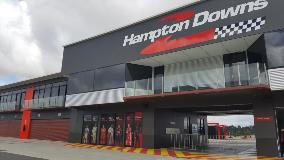 Event organisers have announced that the supercars will be coming to north Waikato’s Hampton Downs over 24-26 April as part of the ITM Auckland Super400. Usually held at Pukekohe Park, the popular motorsport event will be held at Hampton Downs for the first time this year.

Mayor Allan Sanson couldn’t be happier to attract such a fantastic event in the Waikato district.

“I acknowledge that Pukekohe has traditionally been the home of motorsport in New Zealand, but at the same time, I’m excited to welcome such a large-scale event to the Waikato. Hampton Downs is a world-class facility and would certainly be able to provide a great weekend of racing.

“Having an event of such a large scale in the district would no doubt bring economic benefits to the Waikato. Motorsport fans travel from all over to enjoy the sport and would be able to spend money in the district in terms of accommodation, travel and activities. The Waikato district is a fantastic destination and I have no doubt that we would be able to encourage those visitors to stay a little longer,” Mayor Sanson says.

The full length International Circuit available at Hampton Downs means there will be no change to the weekend’s racing format.