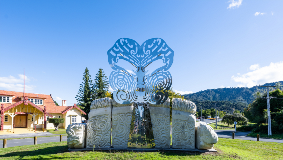 “In 2019 we created full-voting committee member roles called Maangai Maaori on our three principal standing committees. This has been hugely successful,” he says.

“Over recent years we have consistently built stronger and closer working relationships with our Iwi partners. This decision today for us, as a local authority in the heart of the Kiingitanga, is simply the next logical step and frankly it’s just the right thing to do.”

Establishing Maaori wards aligns with the general views of Waikato iwi and hapuu, with the principles of Te Tiriti o Waitangi, and with Council’s legislative obligations to facilitate and foster Maaori participation in Council’s decision-making.

Today’s decision follows a Council resolution earlier in May to revoke an earlier decision not to establish Maaori wards for the 2022 local authority elections. The revocation was undertaken because of the passing of Local Electoral (Māori Wards and Māori Constituencies) Amendment Act 2021, which repealed provisions in the Local Electoral Act 2001 for holding polls on whether to establish Maaori wards.

The changes to legislation enabled all councils to reconsider any earlier resolution this triennium on the establishment of Maaori wards, extending the deadline for any decision to establish Maaori wards until 21 May 2021.

Today’s decision does not determine the number of Maaori wards or if the Maaori ward councillors will be elected via a single district-wide ward or via smaller geographic wards.

The Council report outlining the background to this decision is available here.