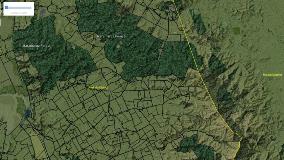 Council decided to withdraw Proposed Plan Change 16 given:
• that many submissions were seeking greater flexibility with regards to the extent of rezoning and provisions in the notified version of PC16, which is being addressed through the District Plan Review;
• the legislative changes resulting from the National Policy Statement – Urban Development Capacity 2016;
• the Resource Legislation Amendment Act 2017;
• the North Waikato Integrated Growth Management Programme Business Case which commenced late 2016 and is in the process of being finalised; and
• the expected notification of the Proposed Waikato District Plan in early 2018 which will address the growth of Tuakau through district-wide plan provisions (including rezoning) and provide significantly more flexible options for residential development than the notified version of PC16.

This decision was made by resolution of Waikato District Council on 11 September 2017.