Waikato district eateries invited to put Matariki on the menu 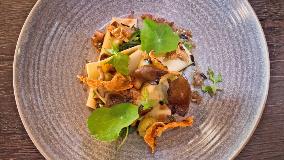 Waikato district cafes, restaurants and eateries are being invited to take part in the regional Matariki menu challenge.

The ‘Tino Reka te Kai Challenge’ will run over five weeks from Monday, June 6 until Monday, July 11 inclusive, celebrating the harvest grown, produced and served in the Waikato region.

Organised by Waikato Food Inc. and supported by Waikato District Council, Tainui Group Holdings, WEL Energy Trust and Virtualprint, the competition will give eateries in the Waikato district, and the whole region, a chance to celebrate Matariki.

Waikato Food Inc. is a not-for-profit, member-based organisation, whose vision is to raise the profile of the Waikato as a region of food excellence while helping it grow its regional food and hospitality businesses.

Waikato Food Inc. Chairperson, Vicki Ravlich-Horan, hopes connecting diners, eateries and local producers through this event will help to increase awareness and understanding of Matariki and its importance to both Maaori and the wider community. “As well as showcasing Waikato as a world-class food and beverage destination, the challenge is an opportunity for the great eateries in our region to showcase their fantastic skills.”

Waikato District Council Mayor, Allan Sanson, is keen to see the district’s indigenous food, food products and hospitality outlets shine in the challenge. “We know there are heaps of cafes, restaurants and other eateries in the Waikato district who will want to give it a go. It would be great to see what they have to offer.”

Those entering the challenge will create a dish inspired by Matariki, using at least two locally-produced ingredients. During the voting period, public voting will decide the ‘People’s Choice’ category winner, who will win a staff party donated by Vilagrad Winery.  With each People’s Choice vote, diners go into a draw to win a weekend away in Raglan.

A panel of mystery judges will decide the Supreme Winner (won last year by Victoria Street Bistro) and award them with the Tino Reka te Kai trophy and vouchers from Bidvest Fresh and Mediaworks. The results will be announced and prizes presented at a prize giving event to be held on Monday, August 1.

“Our goal is to increase the number of eateries entering the challenge in 2016,” says Vicki. “We would especially love to have more eateries from the Waikato district involved. We’d also like to see people supporting the challenge, and those who have entered, by ordering a Matariki dish from entrants’ menus.”

Entries for the challenge close on at 5pm on Friday, May 27. There’s also a foraging field trip to Pirongia Forest Park being held on Tuesday, May 24, hosted by award-winning chef, Charles Royal. Anyone can take part and they’ll get to forage that morning with Charles for plants, herbs, mushrooms and other indigenous ingredients. They’ll then use these to create dishes to include in Charles’ lunch menu to follow.

To register for the May 24 field trip, enter the challenge by May 27, or to find out more about either of these events, go to www.waikatofoodinc.com.