COVID-19 UPDATE We are working through how we can safely open our public facilities in Level 2. Please click here for full details.
Skip to content 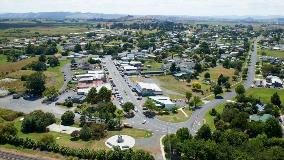 Prime Minister Bill English today announced that Waikato District Council was successful in its application for $37 million from the Government’s Housing Infrastructure Fund.

Acting Waikato District Mayor Dynes Fulton said that the Council’s application for a share of the Government’s Housing Infrastructure Fund aims to facilitate housing development in Te Kauwhata to meet the demands of a rapidly growing north Waikato community.

“This represents a unique opportunity for both Government and Council to support the demand for more affordable housing in the north Waikato and cater for the spillover effects of growth from Auckland,” he said.

“Much of the district’s growth is caused by internal migration as Aucklanders look for more affordable housing options and alternative lifestyles whilst still being within easy commuting district of Auckland.”

Building consents statistics show Waikato district has overtaken Wellington to be the fourth highest-growth area in the North Island, and household growth rate projections indicate Waikato district will surpass Hamilton to match Auckland’s growth rate over the next 26 years.  The district’s proximity to Auckland, together with the lower median land and house prices available, has led to a steady uptake of zoned residential land in north Waikato including Te Kauwhata.

The Government’s decision to approve Waikato District Council’s application recognises the opportunities that the Waikato district offers in terms of addressing the pressure on Auckland’s housing shortage.

“Before the proposed development can proceed, the private plan change applicant will need to consult with the community through the correct RMA process,” said Mr Fulton.