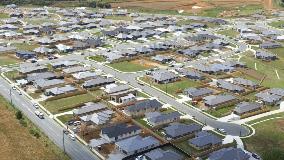 Whether you want to create your own slice of paradise in the Waikato District or you want to set up business, there are exciting changes within the draft District Plan.

The minimum lot size will be 450m2 and the average lot size will be 600m2. However, variations will remain for settlements that include Te Kauwhata and Rangitahi Peninsula, which are managed through existing structure plans.

Denser forms of development, such as duplexes, apartments and town houses will be provided for in residential areas and business zones. These changes enable a wider range of housing types, as a response to growth in the district, and would provide more affordable housing options.

To create a better look and feel for the district’s towns and villages, urban design requirements for fence heights and the proximity of garages to the front boundary have been developed. The district’s design guidelines have also been reviewed and character statements have been developed for our main town centres of Ngaruawahia, Raglan, Huntly, Te Kauwhata, Pokeno and Tuakau.