Waikato District Council is holding 15 public information sessions around the district on its Long Term Plan to help residents and ratepayers with the issues being raised for consultation and to answer any questions.

The schedule of sessions includes more than one in different parts of the district, but not at the same place.  So, for example, if Tamahere residents miss the first session on 15 March, the next closest information session would be at Matangi Hall in the Council’s Eureka Ward on 4 April at 6.30-8pm.

All information sessions, venues and times, are listed below.

The LTP 2018-28 consultation document adopted this week says the Council’s 10-year plan aims to balance the need to spend on infrastructure (such as roads and waters services) while also keeping rates at an affordable level. The LTP proposes a general rate increase of 6.24% for 2018/19, dropping to 4.8% then 3.73% over the next two years, and 3% in the following years.  In addition there will be increases in targeted rates for localised services such as water supply and refuse collections, so overall rates rises may be significant for some communities.

Public consultation on the LTP will include options for saving $28.3m on managing the district’s waters services, with a recommendation that Watercare Services Ltd be contracted to supply these services through a Council-appointed Waters Governance Board. This would keep targeted rates increases under 5% for all waters services from 2019/20.  Other options for public consultation include reducing the fixed charge portion of the general rate to reduce the rates burden on lower value properties.

Details about the Council’s Long Term Plan, including its infrastructure and finance strategies for the next 10 years, are set out in the consultation document which will be delivered to all residents and ratepayers in the district.  Consultation opens on 14 March and submissions close on Monday 16 April. 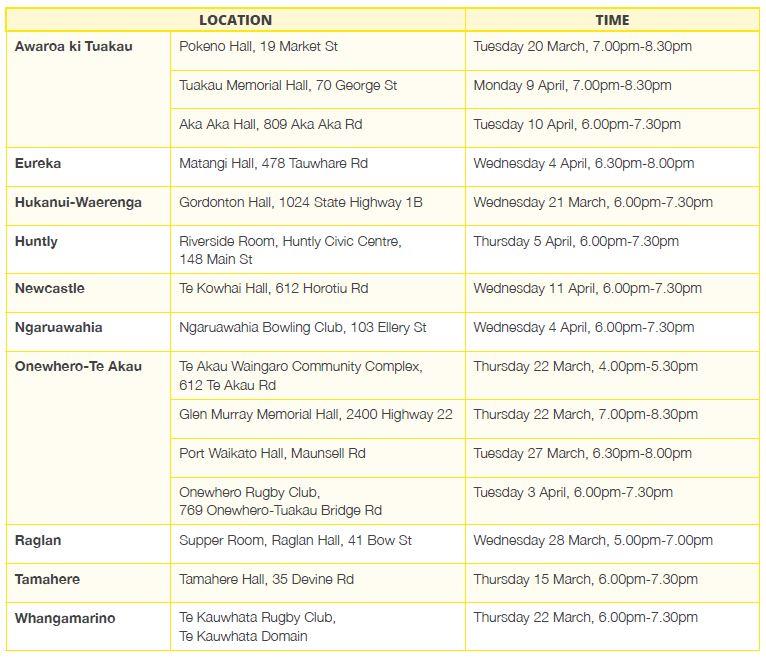