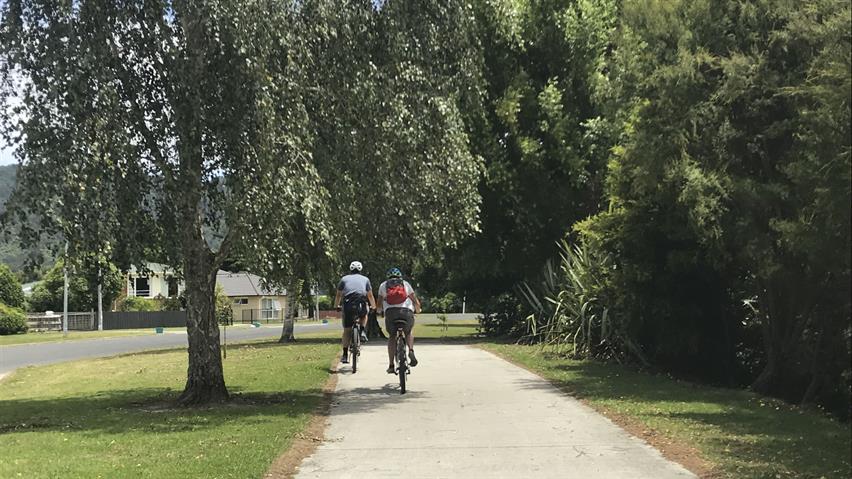 Waikato District’s first fitness trail featuring outdoor gym equipment will be installed along the Waikato Esplanade in Ngaruawahia after Easter, and the whole community is invited to attend the official opening at 5.30pm on Thursday 5 April.

Ngaruawahia Community Board member Wendy Diamond, who initiated and led the project, says, “We have a lot of sports clubs and many fitness-minded members of our community in Ngaruawahia, so this will be a great resource for the community and free for our youth to use.”

The fitness trail will stretch nearly a kilometre from the Lower Waikato Esplanade (down the hill from the police station) to the rear of St Paul’s Catholic School near the corner of the Esplanade with Belt St.  It will feature six fitness stations with outdoor gym equipment including a bench press, cycle strider, leg press, and sit-up bench.  A warm-up and stretching station will serve as the start and finish of the trail.

The community is invited to gather for the 5 April opening at the first station of the fitness trail on the Lower Waikato Esplanade, down the hill from the Ngaruawahia police station.

Waikato District Mayor Allan Sanson says, “This is a great outcome to a two-year project, and demonstrates the value that Community Boards can bring to their towns.”