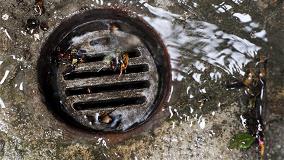 But staff and independent experts say that may be just the start of a long-term multi-million dollar programme needed to address issues with the district’s network.

In July, the Council received a formal warning from the Waikato Regional Council following three waste water spills in four months into Raglan harbour.  The following month district councillors approved an immediate $300,000 programme including the installation of back-ups at all 18 Raglan pump stations, outage alarms, a back-up generator and funding for a community education programme.  This work is either underway or already complete.

At the same time, Council ordered an independent report of the district’s entire wastewater network to pinpoint the causes of the overflows and identify costs to fix them.

At Monday’s Council meeting, consultants from Jacobs New Zealand will table their report and recommend a series of steps to fast-track improvements. Recommendations will include employing more specialist water and wastewater staff, the purchase of standby generators and a further $1.6 million for specialist equipment ring-fenced for Raglan.

They will also recommend Council spends $3.6 million for specialist high-pressure jets and closed circuit television (CCTV) investigations across the total district.  Staff say $1.757 million should be spent immediately and Council should consult with the community on any further spending next year.

The Jacobs report outlines a range of options all pointing to a bigger spending programme. It says over the next decade, Waikato District should be looking to invest between $74 - $134 million to bring its wastewater network up to scratch.  More analysis is needed before costs can be pinned down.

Waikato District Council chief executive Gavin Ion said neither the community nor the council would tolerate ongoing spills and that a significant investment into the district’s wastewater network was “simply non-negotiable”.

“How big that investment will be, and over what timeframe, has yet to be determined and discussed with the community.  We can take some immediate steps and I suspect Council may want to move on some of the recommendations quite quickly. But we need more information before we can understand the scope of the challenges ahead and the funding implications.”

If Council accepts the report’s recommendations, immediate work to improve the network would drive a further increase in the targeted rate of $68 for each property in the district connected to the wastewater network, effective from the 2017-2018 year. Mr Ion acknowledged it was a significant jump over and above an increase already signalled in the Council’s 10-Year Plan.

“But the clear message from our community is that waste water spills are simply unacceptable and they expect us to do something about it. We can’t keep doing a patch-up job. To meet the community’s expectations, we need to seriously invest.”

He expected more comprehensive analysis, including greater certainty around costs, would not be available until the second half of 2017. Council must consult with the community before undertaking any further spending, he said.