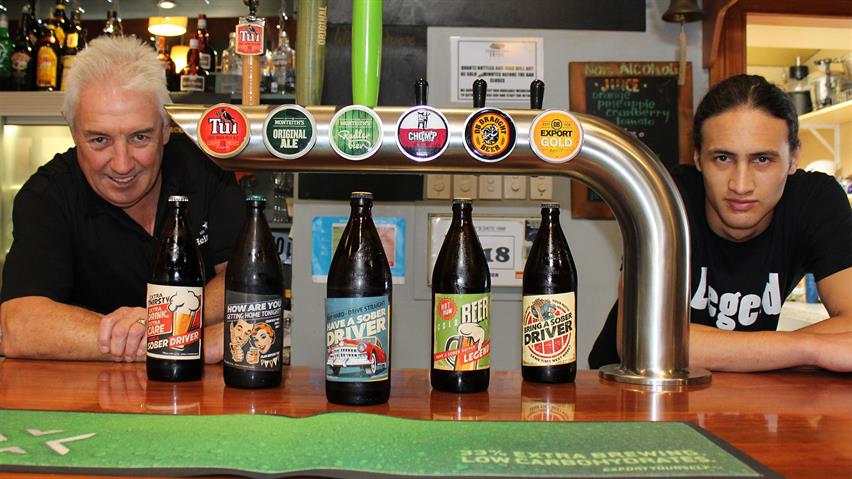 Road safety is not a normal topic of conversation heard down at the pub, but a set of retro beer bottle stickers has sparked bar-room chatter of that nature in Raglan this summer.

Harbour View Hotel owner Jeff Holloway came up with the idea because locals often buy quart-size bottles and tourists were asking questions about the size of them.

“I thought that seeing as there was talk being generated about the bottles, it would be worthwhile including something on them that would encourage thought and discussion about the importance of having a sober driver.

“There has been great mileage and the labels have provoked considerable positive conversation among patrons at our establishment,” says Mr Holloway.

“I would recommend this form of promotion on a regional or national basis.”

“The messages are non-discriminatory and clear and can only be seen as positive support by the breweries with no downside,” he says.

“It was great someone in the industry like Jeff has also identified a potential issue and come up with an idea to raise awareness,” says Ms Jolly.

“The idea seemed sound as it was getting the sober driver message across just prior to drinking taking place. The artwork by Hamilton company Bullzeye really hit the mark.”

“She recognised the potential and brought this promotion to being in a very short timeframe prior to our Christmas holiday period,” he says.