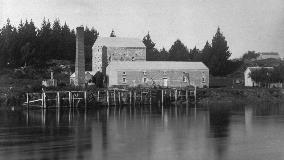 A major Archaeological Heritage Project will ensure that nearly 1,400 recorded archaeological sites, and about 150 previously unrecorded sites in the Waikato district, will be mapped and afforded some protection through the Waikato District Plan in the future.

Lead consultant on the District Plan Review project, Dr Alexy Simmons of Simmons & Associates Ltd, says, “Less than one per cent of the sites recorded by the NZ Archaeological Association are identified or scheduled in the current Waikato or Franklin District operative plans.  This lack of knowledge has, unfortunately, resulted in damage to a number of sites over the years.”

All archaeological sites in New Zealand are protected under the Heritage New Zealand Pouhere Taonga Act 2014, regardless of whether they are recorded or not, and site damage can result in prosecution or project delays, says Dr Simmons.

By introducing a 'buffer' system requiring consent for earthworks in close proximity to an archaeological site identified in the proposed new District Plan, the Archaeological Heritage Project will alleviate many of the problems that have occurred in the district with development-related destruction of recorded archaeological sites, prosecutions and construction delays.  It will also help provide guidance for future development in urban growth areas in the district.

The sites being mapped for the proposed new District Plan include pre-1900 Maaori cultivation sites along the banks of the Waikato River and archaeologically sensitive zones in eight town centres.

There are 10 sites that are currently scheduled for full protection under the operative District Plans and these include the Maori Gardens at Horotiu, the World War II tank trap on Old Mountain Rd, Raglan, the former flour mill store on Old Taupiri Rd, Ngaruawahia, Puke I Ahua Pa, Ngaruawahia, the Maraetai Mission Station and burial site at Port Waikato, pioneer gun turrets in Ngaruawahia and Mercer, and redoubts in Tuakau and Pokeno.