Planning for growth in the district 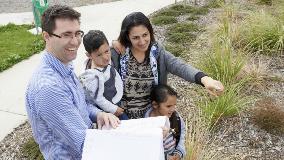 Household growth rate in Waikato district is expected to surpass Hamilton and match Auckland’s growth rate over the next 26 years.

Our new proposed District Plan is on track to be publicly notified in 2018.  It will integrate the Waikato and Franklin sections into a single plan for the first time since the district’s boundary changes in 2010.

Estimating household growth from population projections, the Social and Economic Profile says Waikato district can expect growth of 660 to 880 households every year leading to a total growth of 14,000 to 19,000 households by 2043 with demand for a corresponding number of additional dwellings.

The profile’s predictions are already supported by the number of building consents issued in Waikato district which – at 716 and 796 for past two March years - has even surpassed Wellington, making Waikato district the fourth highest-growth area in the North Island and seventh in New Zealand.

However, the Social and Economic Profile shows that this growth pattern is chequered with the northern and southern parts of the district growing the fastest, and with lifestyle accommodation (valued at more than twice the property values of houses and flats in the district) being the fastest growing type of residential property to date.

Our district is characterised by small towns, with only six having populations of more than 2,000, but with 42 identifiable communities centred on a town, village, school or local hall.

As a reflection of our location between two major urban centres, only 54% of our workforce finds employment within the district, with 46% working in Hamilton, Auckland or another town.

Pastoral farming, especially dairying, is expected to remain the predominant economic  activity, although there will be relative growth in construction, retail, hospitality and arts and recreation to service our growing population.

Nevertheless the latest annual statistics that are not a focus of the profile show commercial development in Waikato district is moving ahead of the national average as businesses see opportunities for growth free from urban congestion, but within easy logistical reach of those markets.

Posting a 2.2% growth in businesses for the March 2016 year, Waikato district overtook a national business unit growth of 1.6%, while employment growth of 4.6% in the district accelerated ahead of the national figure of 2.7% for the same period.