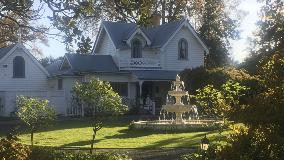 In the past financial year the Waikato District Council has committed grants totalling more than $750,000 for distribution to 160 community groups and charities throughout the district enabling communities to come together to meet local needs.

Information on this and other work the Council has undertaken in the past year will be included in the Council’s Annual Report 2016/17 that is expected to be adopted at a Council meeting on Monday (9 October).

Local tourism was a focus for some of these grants. The largest single amount was $150,000 for Hamilton and Waikato Tourism which is helping to support a growing tourist industry in Raglan. The Council’s Rural Ward fund supported the installation of a new fountain for the Woodlands Historic Homestead and Garden Estate to enhance this 5-star Garden of National Significance and popular heritage destination.

Among the first projects funded through the Council’s new Heritage Project Fund were heritage signs for Raglan and Te Kowhai, and restoration work on the exterior of the Tuakau Museum.

Meanwhile, the balance of funds committed last year was used to complete the northern section of Te Awa – Great New Zealand River Ride, including a cycle bridge across the Waikato River which will be officially opened on 2 November.