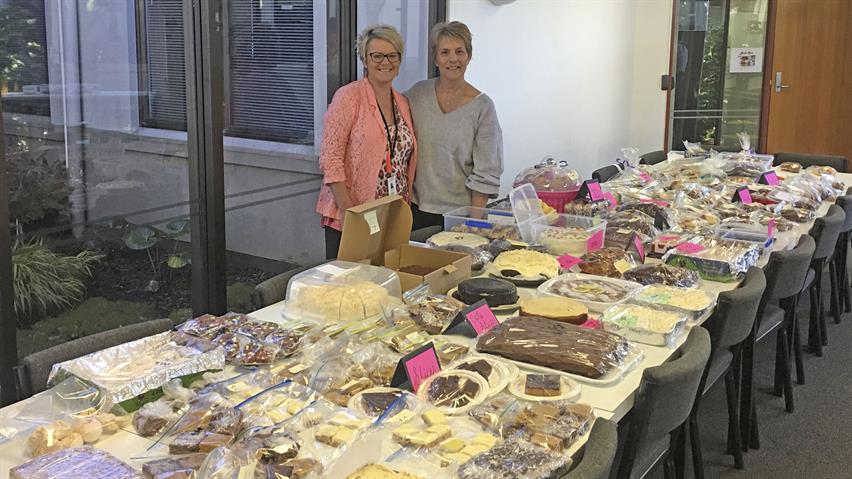 Two staff bake sales later (one in the Ngaruawahia office and one in Tuakau) and a small hand-up from the Mayoral Fund will see Waikato District Council staff handover a cheque for $1,643.60 on Thursday (21 December) to help the club with its own fundraising efforts.

The cheque from the Council staff will top up a total of $7,631 the club has raised itself so far on its Givealittle page.

Council staff have been supporting local charities each month for the past few years by donating a gold coin in exchange for the opportunity to ‘dress down’ on a Friday.  These charities have included local food banks, Blue Light that works with the police to deliver youth programmes, the Waikato Health Trust, Westpac Rescue Helicopter, and the Rural Support Trust and Rural Women New Zealand following storms early in the year that badly affected the local farming sector.

The waka ama cause was added as an extra to the normal staff fundraising programme by waka ama enthusiasts among the Council staff who were moved by the plight of the club’s 150 members including many children.