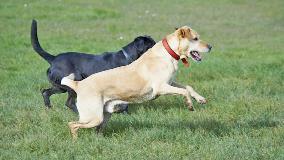 Council recognises that Tuakau is a growing community and appreciates the need to provide areas for people to exercise their dogs. There are currently 2589 dogs registered to residents in Tuakau.

“Centennial park was originally removed because there were concerns that the park was too small and also too close to a children’s play area,” says Animal Control Team Leader, Megan May. “Since then, we’ve had an overwhelming level of interest and support to reinstate the park as an off-leash exercise area.”

Following the decision this week, Council staff will work with the Tuakau Community Board to decide on the best place to fence around the children’s play areas. Fencing will occur in the new year.

The other existing off-leash exercise areas in Tuakau, which have not changed, are Alexandra Redoubt Reserve and Les Batkin Reserve.