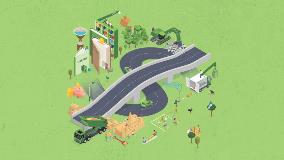 The Council received more than 700 submissions on the LTP.  Presentations in support of 47 of them will be heard this week before the LTP is finalised for adoption on 27 June.

Rates affordability has been a common theme in many of the submissions.

The LTP proposes a general rate increase of 6.24% from 1 July, with targeted rates for refuse and ‘three waters’ services increasing by amounts ranging from 2% for stormwater to a 13.9% increase for wastewater that was agreed in a separate consultation last year.

Property examples in the Council’s LTP consultation document illustrated rates rises ranging from 2.68% to 12.75% for properties of average value in different categories grouped by property type, value and location, and services available.

Mayor Allan Sanson says, “We’re the third-fastest growing district in the country and so we have to maintain a fine balance between spending to support growth, and maintaining affordability. We need to spend money on maintaining and developing our infrastructure – our roads and waters services – but we’re also planning for ways to save money for our ratepayers over the long term.”

The Council’s LTP consultation document presented options for managing the district’s water, wastewater and stormwater services that could save up to $28.3 million or more over the next 10 years, and options for reducing the rates burden on lower value properties by reducing the fixed charge component of the general rate (the Uniform Annual General Charge).

About half the costs associated with the proposed 6.24% general rates increase are for transport and roading, which will add an extra $1.8m to general rates from 2018/19.  Of this, a new annual budget of $1.1m has been allocated for emergency works following the district’s experience of storms in March and April 2017 that caused more than $2.5m worth of damage to roads in the district.

More details, including a summary of the submissions received, can be found on the Council’s website at www.waikatodistrict.govt.nz/longtermplan .

Ratepayers can check the impact on their own property through the Council’s rating information database at www.waikatodistrict.govt.nz/rid .