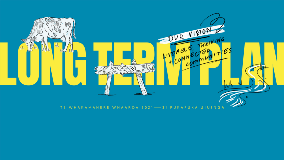 Waikato District Council has met to consider community feedback and make decisions on the major consultation items of its draft Long Term Plan (LTP) 2021-31. These included a proposed general rate increase, the sale of pensioner housing and the future of the annual inorganic kerbside rubbish collection.

Councillors spent a day deliberating before settling on their ten-year strategy and budget, following 605 submissions and three days of hearings with residents who opted to speak on their submissions.

“Many submissions opposed the proposed rate increases. We know that any rate increases are hard to bear, especially for those on fixed or low incomes. We acknowledge that this has been a particularly challenging LTP, balancing the needs of our growing and vibrant district with what people can afford today.”

“Despite having a smaller general rate increase than first proposed, we are still committed to the work programme we’ve outlined. In the end, a reduced roading subsidy from Waka Kotahi/NZTA has meant our local cost share has also been reduced,” he said.

Council also agreed to sell its small pensioner housing portfolio to a responsible service provider. A majority of respondents across the district supported this decision, agreeing that it is more beneficial for all, including tenants, to move the units to a specialist housing provider, with controls put in place to ensure the tenure and conditions of current tenants.

Going against the majority of opinions expressed through submissions, and after much debate, Councillors agreed by way of a 8/5 vote majority to halt the annual inorganic kerbside rubbish collection in 2022. Waikato District is currently the only council in New Zealand to continue to offer a full annual kerbside collection.

Halting the service aligns to Council’s Waste Minimisation Plan, which aims to reduce waste to landfill by 10% in the next three years. The service has significant safety issues and is becoming increasingly challenging and expensive to administer.

Responding to support for this service from the community, Councillors agreed to pull out all the stops to deliver alternative solutions for the community such as fast-tracking resource recovery services and focusing on waste minimisation education.