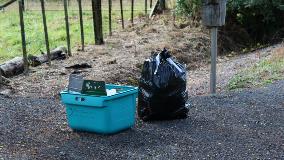 Due to a public holiday there will be no refuse and recycling collection on Monday 29 January. Instead, this collection will be collected on Tuesday 30 January. The rest of the week’s collections will also be collected one day later than usual, except for Port Waikato which will remain on the Sunday.

• Glen Murray rural recycling drop-off for February will be on 17 February.
• Please see the website for our transfer station opening hours.